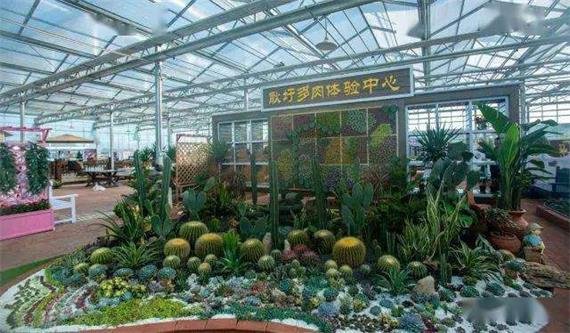 Gengwei Town is a succulent plants town famous in China. Succulent plants refer to plants whose stems, leaves, or roots have developed parenchyma to store water and appear plump and succulent in appearance. At present, Gengwei Town has cultivated more than 2,330,000 square meters of succulent flowers and cultivated nearly a thousand varieties of succulent flowers, with an annual output value of 500 million yuan, driving more than 7,000 employment and entrepreneurship.

At eleven o’clock in the morning, Wu Xingyan opened the live broadcast software in the succulent greenhouse and put her mobile phone in front of a small succulent flowerpot less than half a slap. This is her day’s “new farm work”. Only a few minutes after the broadcast, some people place orders, and her phone reminds her. “I contacted many people with the mobile phone a day, and the items that came up in the live broadcast room were sold out. It took less than a minute to set one product,” said Wu Xingyan.

At the same time, in the Gengwei Sutai Flower and Tree Industry Demonstration Park, the anchor Xiangcao also starts today’s work. In front of her, more than 40 succulent varieties were displayed on the rolling belt. The elegant ones are Yubei Dongyun and Ji Qiuli, and the lovely ones are Xiaohongyi and Xiongtong. The miniature landscape platter designed with succulents on the wall in the distance became her best live broadcast background.

Reporter: Are you selling these which are on-site?

Xiangcao: Yes, I walk around and put them on the shelves when I see good-looking ones. The Zi Le just sold over there.

Reporter: How long do you live broadcast a day?

Xiangcao: It is broadcast for more than ten hours when there are many people, and at least several hundred plants are sold every day. 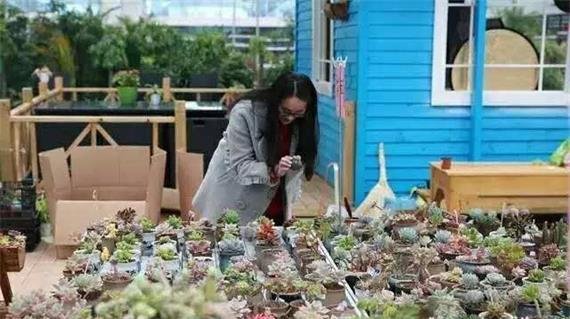 Gengwei Town, where Wu Xingyan and Xiangcao lives, is located in the southwest of Shuyang, a key county for poverty alleviation and development in Jiangsu Province, and has a relatively high proportion of the low-income population. A local official said frankly that traditional agriculture could not hold the hearts of young people. How to find the pillar industries was a problem faced by this small town. He said: “Gengwei used to be a traditional agricultural township. To be honest, the output of labor is severe. ”

Across the river from Gengwei are Yanji Town and Xinhe Town, which have long been famous for flower and wood e-commerce in the two villages. Although they envy the prosperity of their flower and wood industry, there is no way out by copying the development model of others.

In 2015, the fresh meat on the market at that time attracted the attention of Gengwei people. Through investment promotion, Sutai Flower Industrial Park officially settled in Gengwei.

Qiu Jiancheng said that seeing the trend of prosperous consumption of succulents, Gengwei began to build a “succulent plants town” with succulent plants as the core element. “In the beginning, this was also an exploration. Through people working in other places contacting this industry and this industry, we brought them back, and this matter was slowly driven. This year is a blowout development.”

Relying on a number of industrial parks, Gengwei has penetrated succulents into 12 villages, each with its own succulent planting sites. 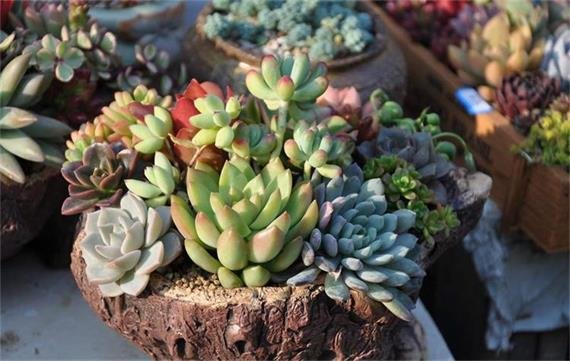 In Huaixi Village, where the economy is weak, the Succulent Planting Garden, a key project for poverty alleviation, produced 80 million succulent plants and had sales of 150 million yuan last year. Gengwei also actively encouraged young migrant workers to return to their hometowns to start businesses. In the past few years, it has become a network creation gathering area for college students and returning youth. Qiu Jiancheng said that by relying on the “succulent + e-commerce” code to enrich the people, farmers better share the fruits of industrial development.

“In the previous concept, farm tools were walking tractors and shovels. What is the current new farm tool’? It is a mobile phone. The new farm work is live broadcast on the web, including packaging and logistics. On the basis of ensuring the yield of arable land, we The “new farmers” in China have driven some relatively young people to start their own businesses through the industry. They register companies online, do some live broadcasts, run flower pot factories, and do express logistics. At the same time, they help some older and weaker people in our rural areas with relatively high cultural and technical levels. They can pack, fertilize, and water, which drives their employment. In addition, some of the greenhouses we built through poverty alleviation funds are easy to rent out and generate dividends.” Qiu Jiancheng told reporters.

In 2019, 22-year-old Yang Xiao also became one of the entrepreneurs. Because of the physical disability, his father has been sick for a long time, and the family’s income can only rely on the mother’s wages for working outside the city. And now, with the back of the town, he can start a business at zero cost with just a mobile phone.

In less than a year, Yang Xiao has been extremely familiar with those succulent varieties. This year he has contracted an extra greenhouse. “It’s a sense of accomplishment to raise a shop, make your business grow bigger, and get busy. This working time is up to you. You can earn at least three to four thousand yuan a month. Those who can’t work, do it well. It is better than earning a part-time job. ” Yang Xiao said.

At 6 o’clock in the afternoon, Sutai Park ushered in the busiest time of the day. The meaty batches sold on the same day must be delivered to consumers as soon as one day later. Complete infrastructure, accessible e-commerce platform, fast logistics network, and accelerated integration of primary, secondary and tertiary industries in the leading industrial park inject new vitality into rural development. Zhang Jiacheng, general manager of Jiangsu Turui Ecological Agriculture Technology Co., Ltd., who is responsible for operating the Sutai Flower and Tree Industry Demonstration Park, said that they are accelerating the upgrading of the industrial park to a “market park”: “Now we are operating our own e-commerce from the company level. Self-produced and sold, and other e-commerce companies have come in. We provide services for them and they sell our goods. We now have more than 3,700 member customers. All logistics, cartons, consumables, including tapes, are purchased through our unified procurement. The service of this allows e-commerce to develop faster and more conveniently. From this year to now, our output value has been close to 100 million.” 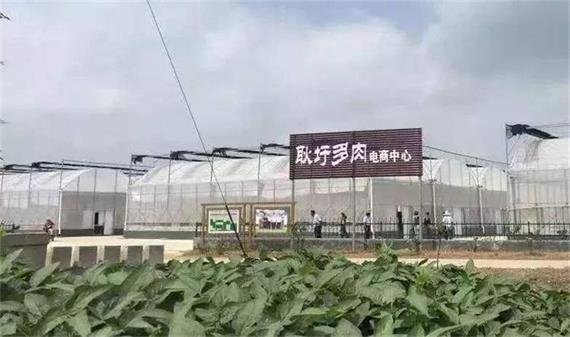 The development of local tourism

The succulent plant economy also aims to make Gengwei a new tourist destination. In the past 11th, the sales of flowers and trees in Shuyang County reached 820 million yuan. In the first Shuyang Suyang Succulent E-commerce Festival, Gengwei attracted more than 24,000 tourists. Zhang Jiacheng said that in the next step, they will further build a beautiful economic comprehensive sample of ecological agriculture and ecological village construction. He introduced: “There are many succulent crafts similar to bonsai in our park, which can be integrated into life. I hope that in our leisure area in the future, the derivatives of succulent plants can be integrated into life. This requires creativity. In addition, a Succulent planting platter that tests hands-on ability in early education or DIY can also be made. We will hold such activities from time to time to bring children to the park, which will form a very characteristic model with succulents as the carrier.”

For the future, Qiu Jiancheng said that they are working hard to upgrade and build more leading enterprises. On the road of “green leaves enriching the people”, they will further polish the sign of the “succulent plants town”. “We will continue to build the ‘succulent plants towns’, ‘Taobao towns’ with many e-commerce sites, and ‘agricultural communities’ with a beautiful environment. We warmly welcome visitors from all over the world.” He said.